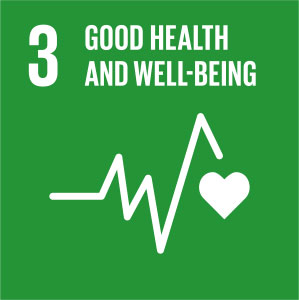 That fresh fruits and vegetables are an essential component of a healthy diet is beyond dispute. Promoting consumption in a manner relevant to the contemporary marketplace, however, requires a deep understanding of the motivations underpinning consumer behaviour. Garnering such an understanding is a challenge that has been taken up by Total Produce Nordic through their Kostministeriet initiative – its sole purpose: to improve people’s health by increasing consumption of fruit and vegetables.

Kostministeriet’s mission is to democratise the consumption of produce and specifically targets the consumers that eat the least. At the heart of the initiative lies two extensive market research efforts completed together with Kairos Future, an international research company. The objective of the research is to extract the consumer insights required to explain why Swedish consumers in general eat less produce than the recommended 500-grammes of fruit per day.

Sampling more than 10,000 respondents between the age 18 and 74, the initiative is an ambitious, comprehensive undertaking. Kostministeriet’s reports are the most extensive ever conducted in Sweden with respect to people’s consumption of produce.

The findings of the latest report, FOG2019, have been filtered down to 7 specific learnings about consumer’s, consumption and attitudes towards fruit and vegetables. Total Produce’s ambition is to, in cooperation with customers and other interested stakeholders, integrate the lessons arising from research into the product range they make available in the marketplace; promoting consumption at point of sale.

Similarly, under the auspices of the Kostministeriet project, Total Produce Nordic has partnered the Swedish Basketball Association offering free fruit to 7-12 year old basketball players attending local tournament “Easy Basket” throughout the country. It also offers free education for school chefs on applying the research learnings to use, cook and present fruit and vegetables in ways children like. The education is conducted together with NGO Skolmatens Vänner (“The School Meal Friends”).

In addition to research, Kostministeriet aspires to contribute to changing the perception of produce. The initiative has been supported by multiple prize-winning social media campaigns that, with humour, create awareness about the 500-gramme recommendation, such as “the Durian Challenge”, challenging influential youtubers to eat 500 grammes of “the world’s most disgusting fruit.”

Promoting a healthy diet requires the participation of a multitude of stakeholders across society. Through initiatives like Kostministeriet, Total Produce has demonstrated its ongoing commitment to playing an active role in driving consumption forward.